I’ve noticed I’ve been posting lots of wordy posts. So here are some pictures.

Everything in our place gets a name. Not just my bewildering number of computers, but everything – toys, washing machines, everything. 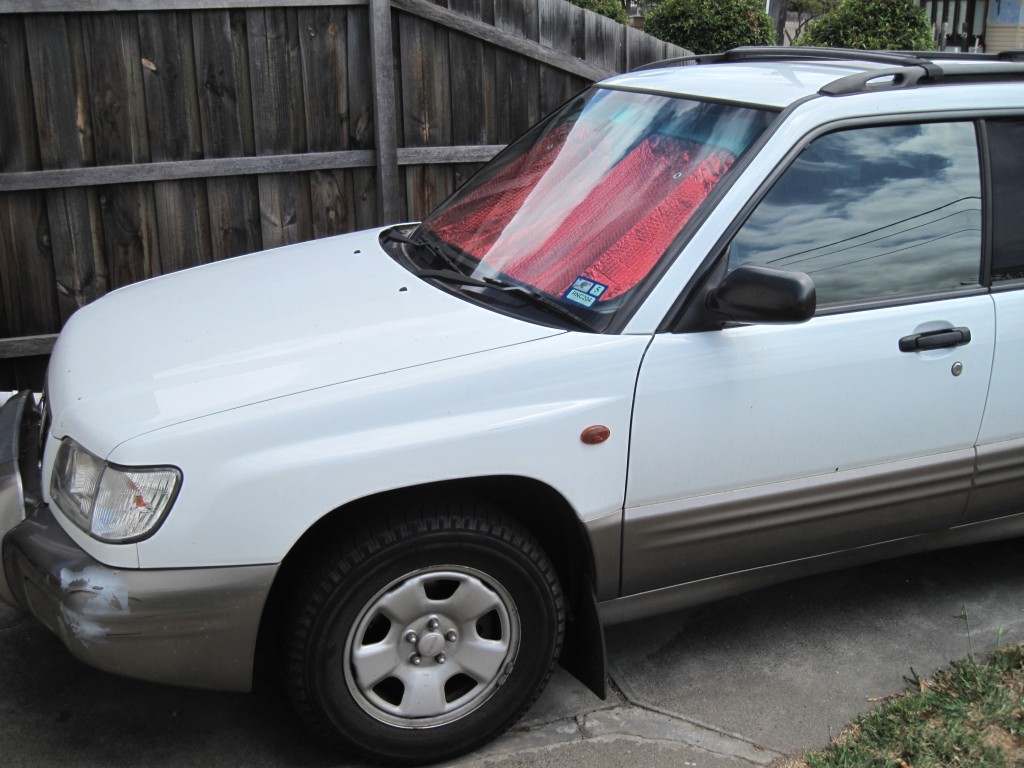 This is Lenny my car. He’s named for my grandfather who delighted in the name good solid Dutch name of Leendert! Of course once he migrated here be became Lenny or Len. Not only did he build cars for decades, his inheritance helped me buy this car. 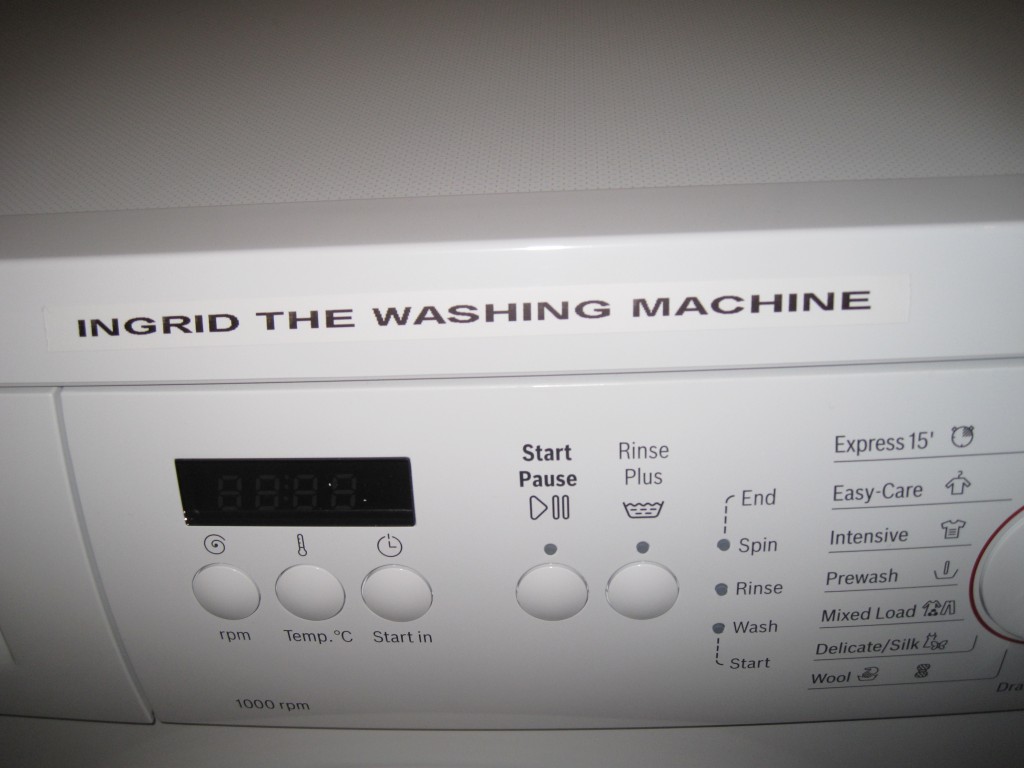 Ingrid the washing machine. My sister helped us buy it, Ingrid is her middle name. And sterling service this machine is giving us… Pip, did you have to pee on ANOTHER NAPPY???

So, now it starts getting a bit odd. 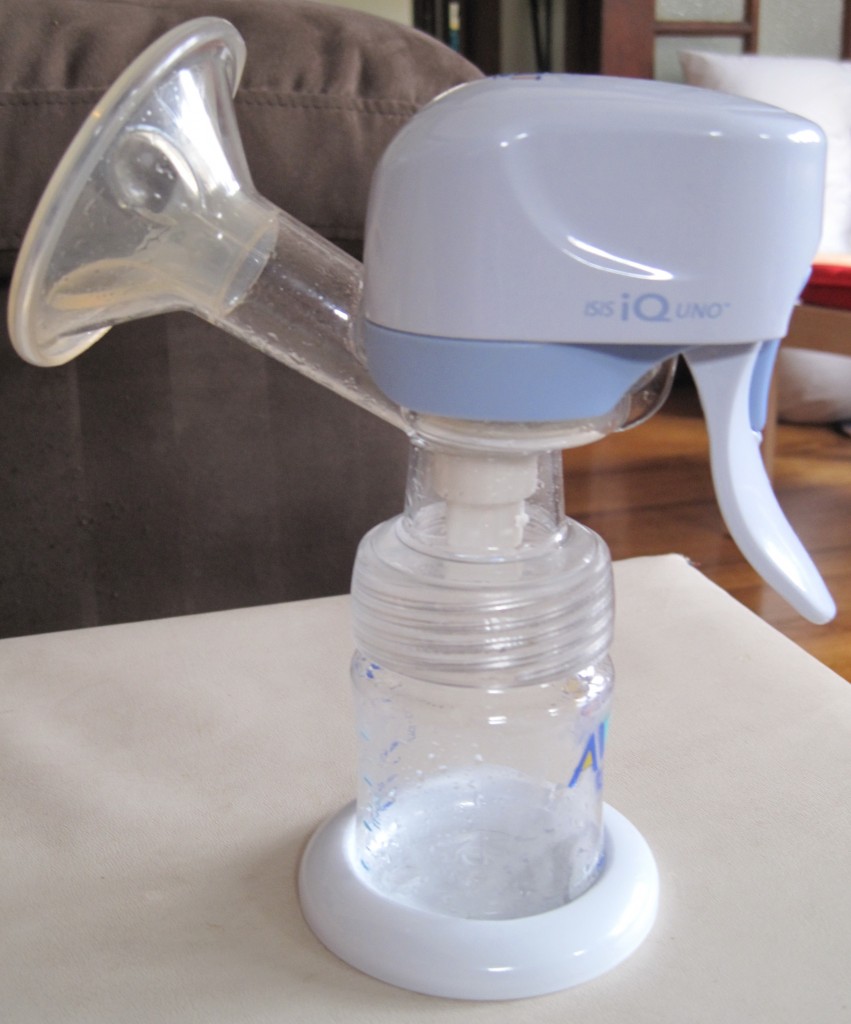 This is our Avent breast pump. It has some ridiculous model name like “Genius IQ”. We decided it looked like an airhorn, or possibly a Vuvuzela. So now I hear “My breasts are full, bring the Vuvuzela!” 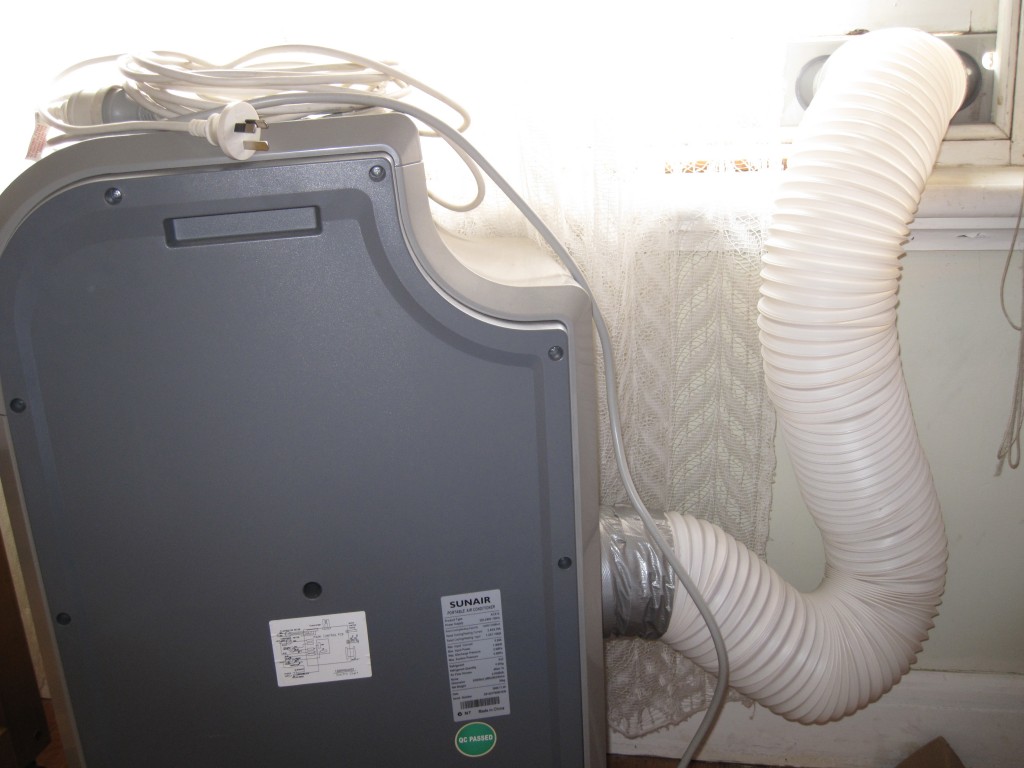 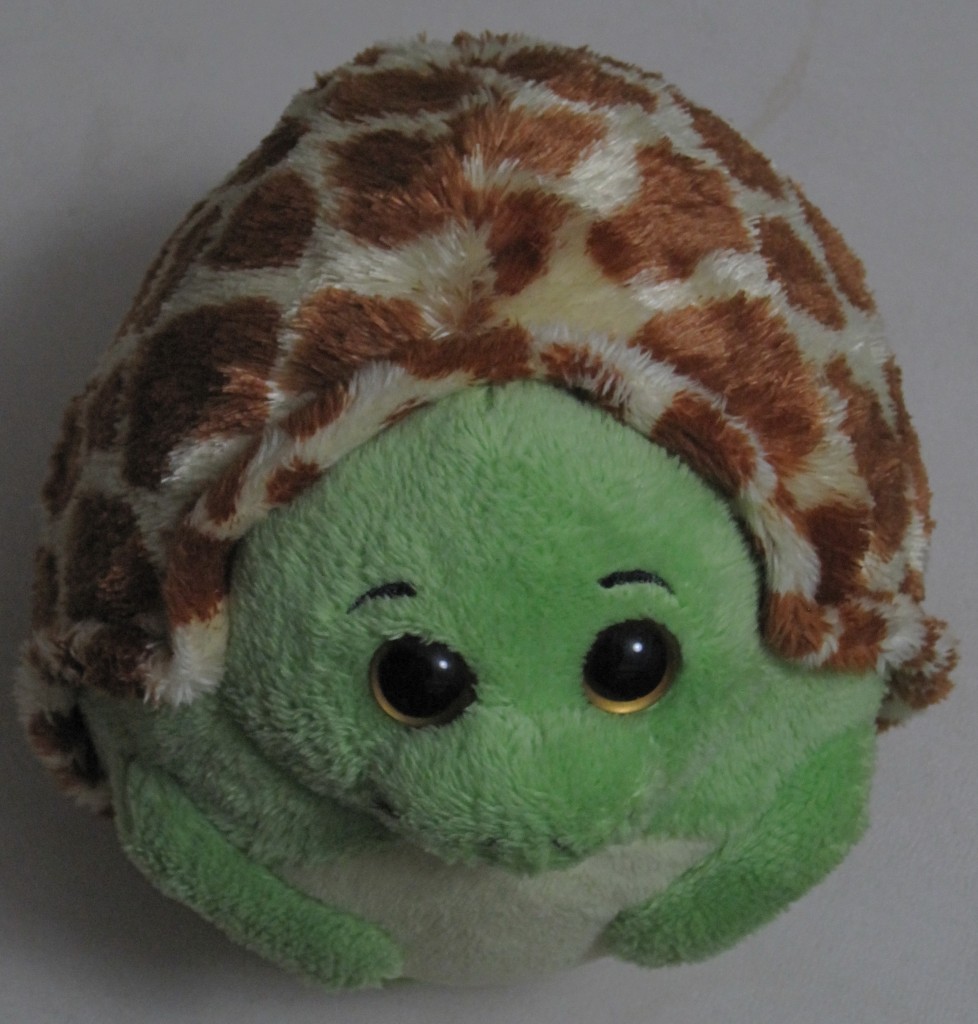 We were given this toy a few days back. He (she? it?) is either a Turtle or a Hedgehog, although he has some Seal-like features and his shell looks like a Giraffe. So we’ve decided to call him Hedge Turtle. Great toy, easy to hold, nice and fluffy.

And finally I present: 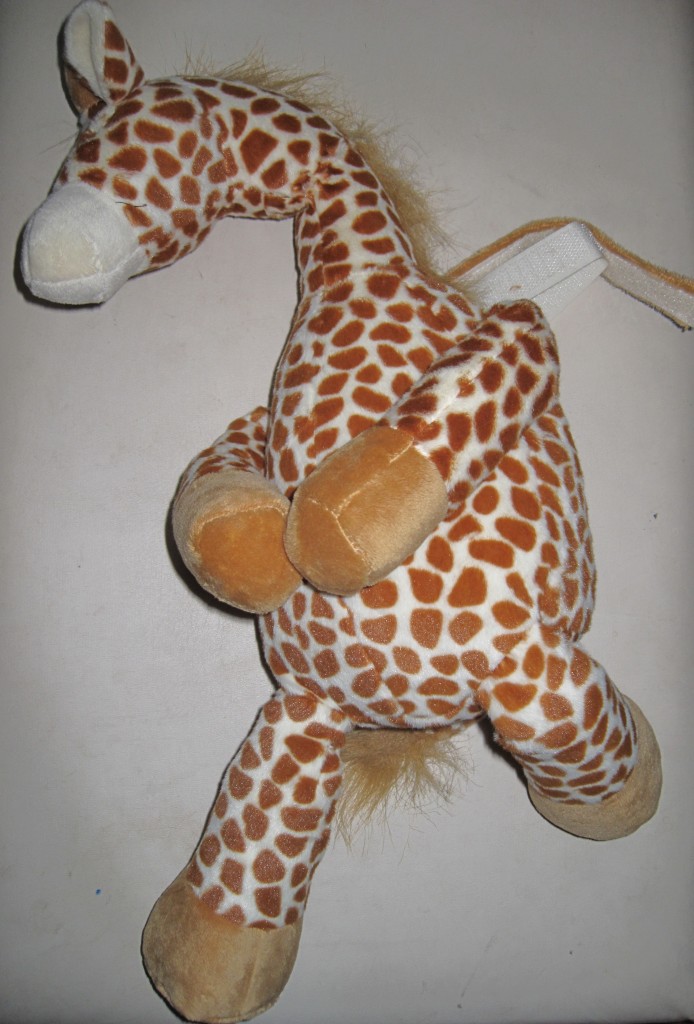 It’s Neck Trauma Giraffe! This is a Cloud B Gentle Giraffe which I picked up on eBay for cheap, because it had a damaged box. Said box had partly throttled him in transit and his neck is not quite right! Still, he makes the happy noises he was designed to make.

So now I’m going to go clean the Vuvuzela, put a load of washing in Ingrid, cuddle Hedge-Turtle, then take a trip in Lenny out to the chemist.