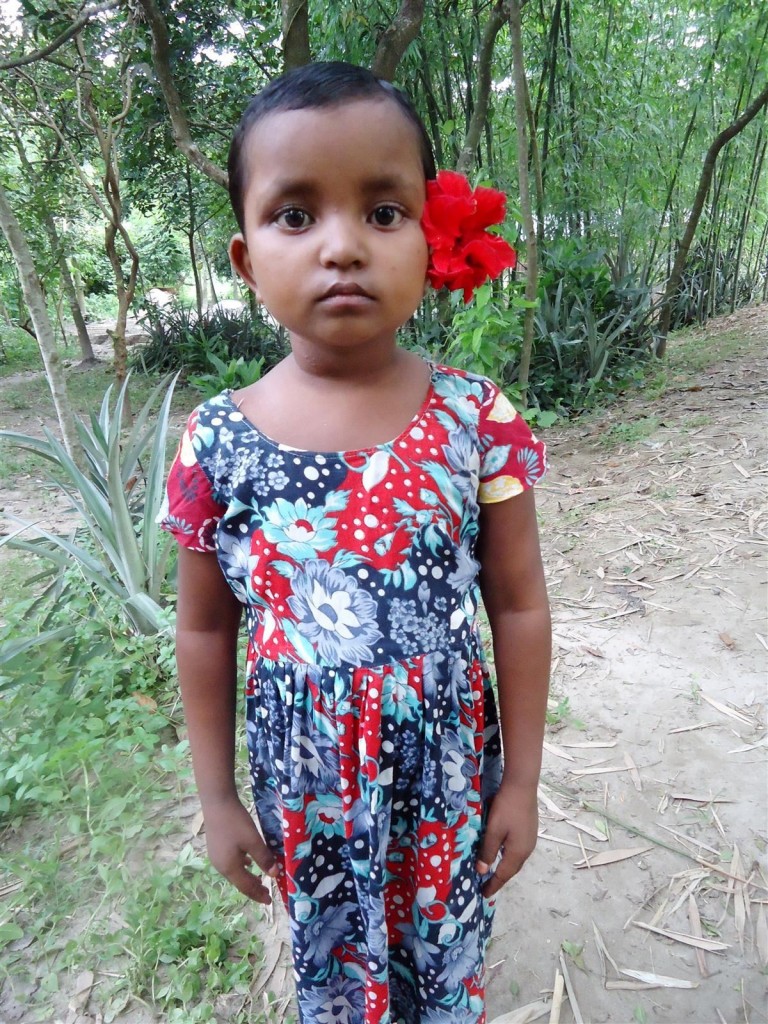 This is Jannatun, my tiny sponsor child in Bangladesh. Today is her tenth birthday. I’ve been sponsoring her since March of 2011, after reading a particularly sad story about young girls in developing nations. This picture of her, and the other photos I have, always make me sad. She has such a look in her eyes, which might just be because she’s not used to being photographed. It also makes me sad because she is just one of millions, nay, billions of sad little children in the world.

One of my cousin’s has a little girl who is almost the same age as Jannatun, almost to the day. She’s so full of life, she’s always jumping up and down with excitement about everything. I hope that at least sometimes Jannatun feels that way. At least I know that she’s going to school and is being looked after.

I have no idea how long a child sponsorship lasts, presumably until she’s eighteen. I can easily afford to support her for another eight years. Although I do worry that one day I’ll get a message saying she’s moved to a big city to work in a garment factory, or has been married off at to young an age. Or worse still, this being Bangladesh, that her whole village has been washed away…

I’ll show pictures of her to Pip when he’s a bit older. Just to remind the both of us that we live in paradise.